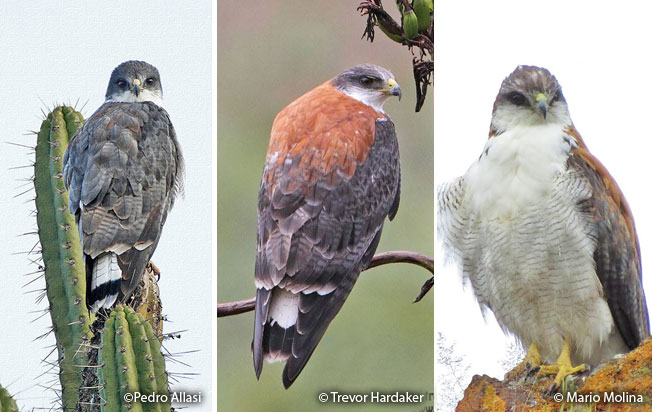 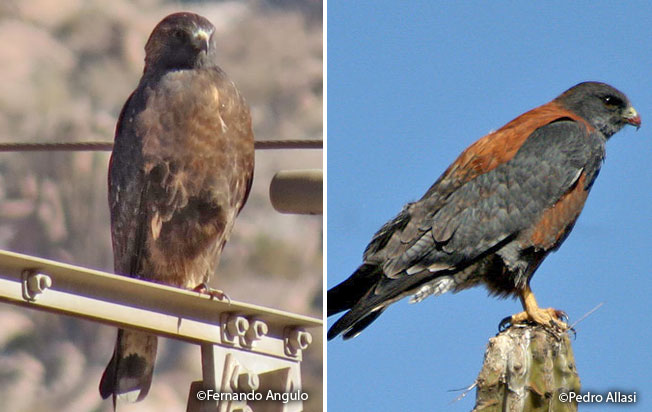 Identification & Behavior: ~53 cm (21 in). The Variable Hawk has multiple plumage types. The typical western lowland birds have gray upperparts and top of the head with and extensive rufous back in females. Highland birds appear larger on average and have more variable plumages; highland birds were formerly known as Puna Hawk. The plumages in high Andean birds include the typical gray and white plumage, but can also be dark and rufous, purely blackish brown, and various intermediate combinations. However, adult birds in all regions and color morphs have a white or light gray tail with a black terminal band. Females of the typical gray and white form are similar to a White-tailed Hawk, but their ranges are not known to overlap. Dark morphs may resemble a Harris’s Hawk. Also, see White-throated Hawk.

Status: The Variable Hawk is common and widespread in the western lowlands, foothills and the high Andes where it ranges at elevation up to 4600 m. It also occurs in Co, Ec, Br, Bo, Ch.

See more of the Family Accipitridae