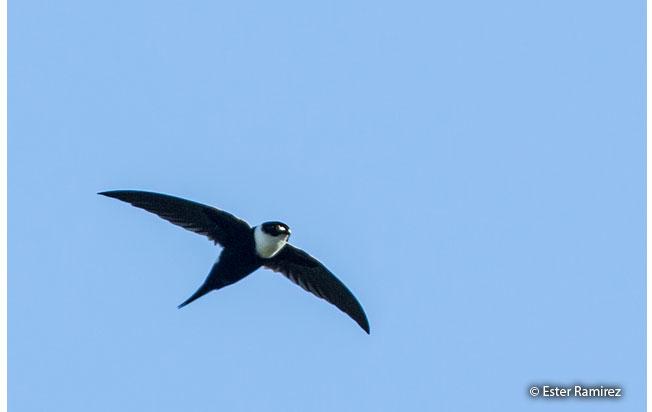 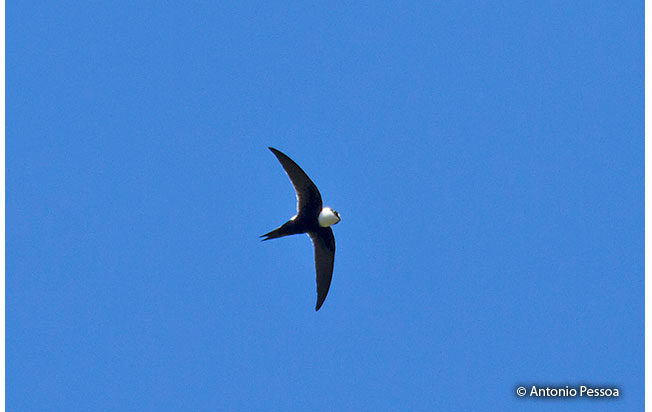 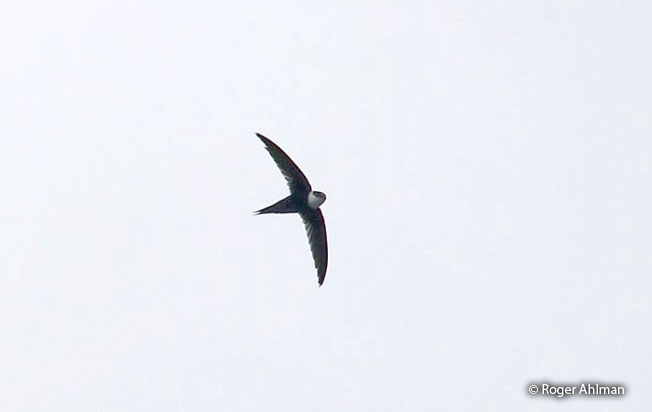 Identification & Behavior: ~13.5 cm (5.3 in). The Lesser Swallow-tailed Swift is black with a white throat, sides of the neck and upper breast. It has large white spots on sides of the rump and whitish trailing edge of the secondary flight feathers. The tail is relatively long and deeply forked, which is normally kept closed during flight. It forages over mature forests. The Lesser Swallow-tailed Swift is similar to the White-tipped Swift but is distinguished by ranging at lower elevations on the Amazonian lowlands, white spots on the sides of the rump, and a deeply forked tail. These two species may only have a limited overlap.

Status: The Lesser Swallow-tailed Swift is rare and widespread in Amazonia where it is known to range up to 800 m along the foothill of the Andes. It also occurs in Co, Ec, Br, and Bo

See more of the Family Apodidae