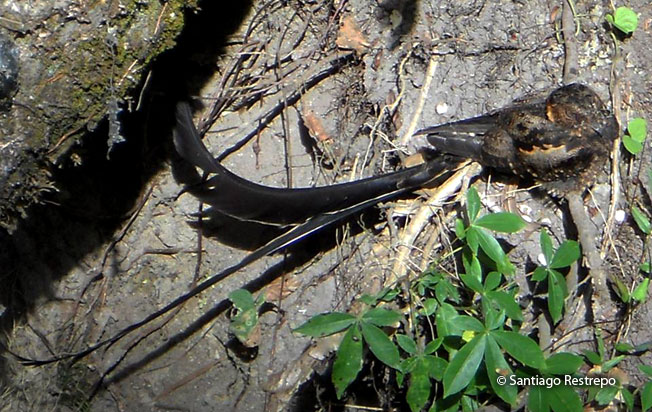 Identification & Behavior: ~100 cm (39.3 in). (male) 24 cm (9.4 in). (female). The Lyre-tailed Nightjar is overall blackish and gray with an intricate pattern of vermiculation, spots, and mottles in shades of black, buff, and gray. Both sexes have a rufous collar more prominent on the sides and back of the neck. The male has very long tail feathers with dark webbing on the outer edge. The female has a barred notched tail. It is similar to the smaller Swallow-tailed Nightjar but is distinguished by ranging at lower elevations, and by an overall gray and blackish plumage and crown. The wings are dusky without pale wing bands.