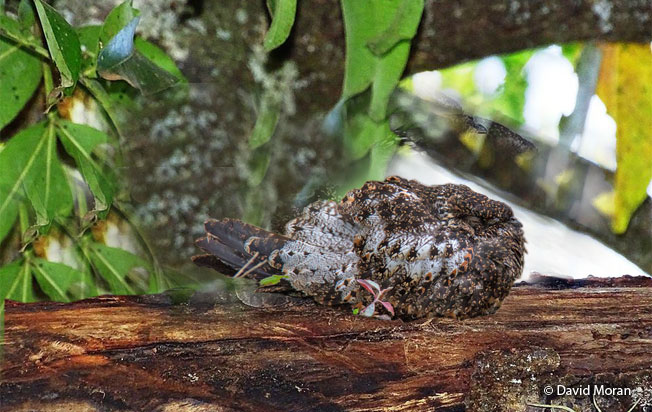 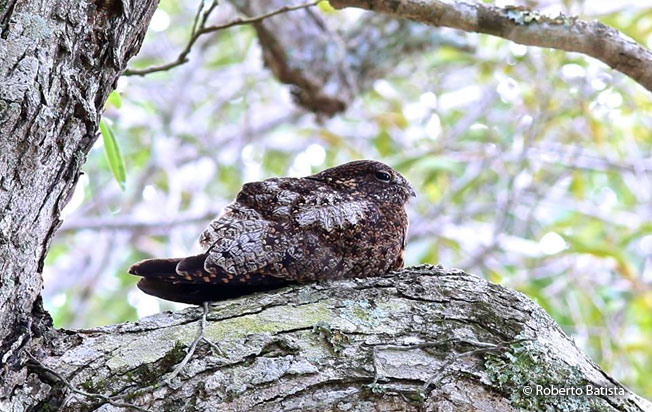 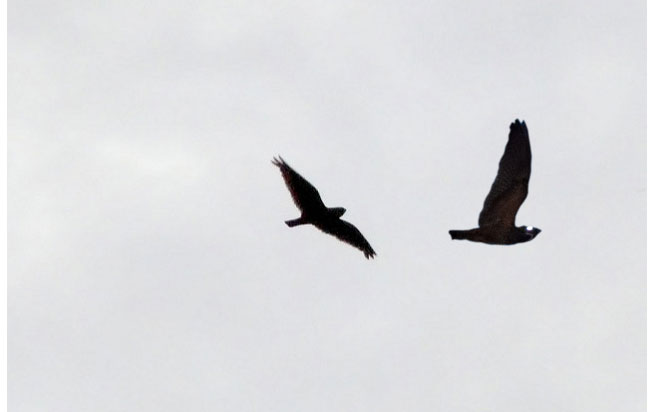 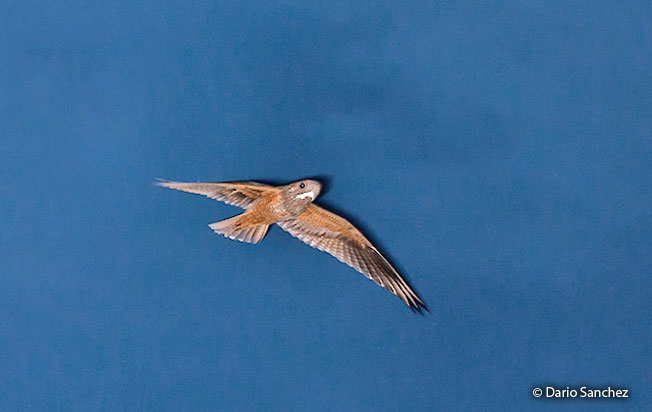 Identification & Behavior: ~21 cm (8.2 in). The Short-tailed Nighthawk has vermiculated gray and brown upperparts. It has a pale crescent on the throat. The underparts and underwing lining are rufous barred with dusky. The wings are dark, broad and long without a wing band. The tail is short and square. It flies at dusk through the crowns of the forest canopy. During the day, it rests on large horizontal limbs. The short tail, broad wings, and shallow wing beats make the Short-tailed Nighthawk look like a large bat.  It is very similar to the Rufous-bellied Nighthawk but is restricted to the Amazonian lowlands. These nighthawks have no known overlap.

Status: The Short-tailed Nighthawk is uncommon to rare but widespread in the Amazonian lowlands. It also occurs in Co, Ec, Br, and Bo. 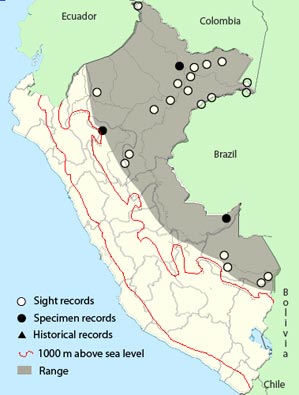