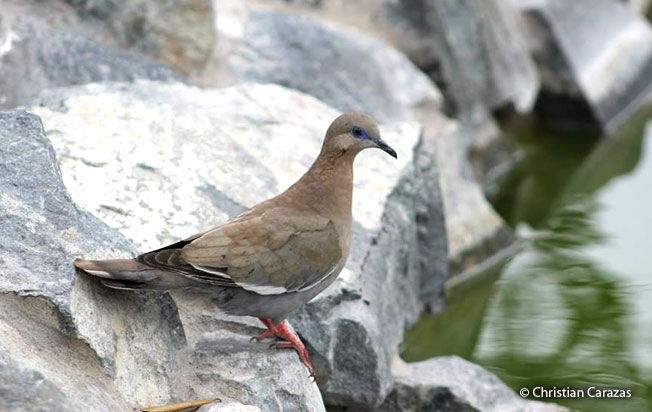 Identification & Behavior: ~28 cm (11 in). The West Peruvian Dove is mostly gray. The iris is brown. The orbital skin is broad and bright blue. The bill is black. The tail is gray with a pale terminal band. It has a white band on the wing, which is readily seen in flight. It is similar to the Black-winged Ground-Dove, and Spot-winged Pigeon, but their ranges do not overlap. 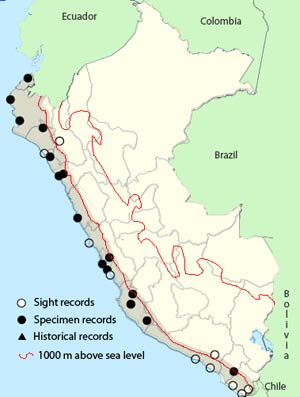