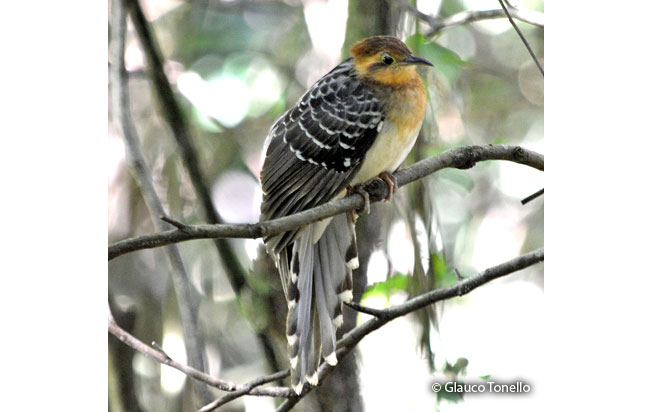 Identification & Behavior: ~29 cm (11.4 in). The Pavonine Cuckoo has multi-toned rufous head and neck with a dusky streak from behind the eye. The rest of the underparts are pale. The throat and breast are unmarked (no black specks). It has a buffy superciliary line from above the eye. The tail is long, broad, and graduated with long and ornate rump feathers and uppertail coverts.  It forages on the ground where it extends the wings and tail to flush insects before it chases and catches them. It is similar to the Pheasant Cuckoo but is distinguished by rufous neck and head, smaller size, and throat and neck without dark specks.

Status: The Pavonine Cuckoo is rare and difficult to see as it does not move much and remains inconspicuous. It favors Terra Firme and mature floodplain forests. It is known to range at elevations of up to 900 m along the foothill of the Andes. It also occurs in Co, Ec, Br, and Bo.

See more of the Family Cuculidae 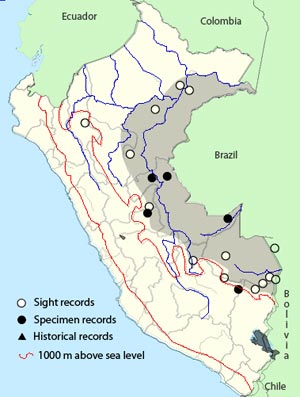