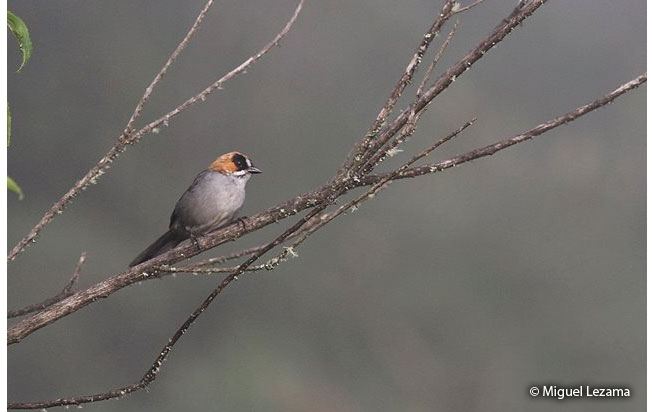 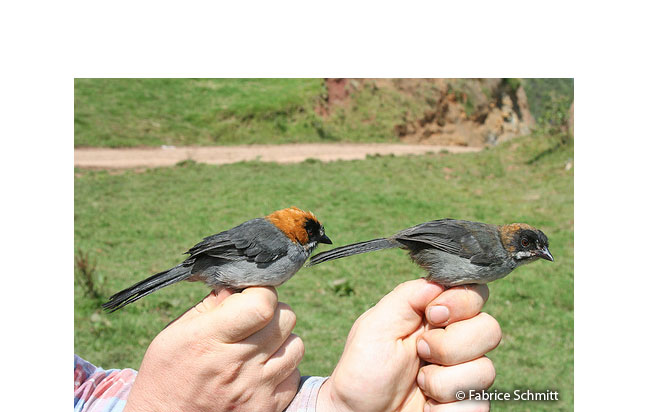 Identification & Behavior: ~19 cm (7.4 in). The Black-spectacled Brush-Finch is dusky-gray above and lighter gray below with a whitish center of the belly. It has a rufous head with black forehead, lores, and area around the eye.   It also has a black malar stripe and bold white spots on the forehead. The juvenile has more extensive black on the face. It forages in Andean scrub and the understory of forest edges. The range of the Black-spectacled Brush-Finch does not overlap with that of the very similar Apurimac Brush-Finch and Rufous-eared Brush-Finch.

Status: Endemic. The Black-spectacled Brush-Finch is uncommon to rare and local in montane scrub and forest edges of the upper Mantaro Valley. It generally ranges at elevations between 2500-3400 m.

Meaning of Name: Atlapetes: Gr. myth. Atlas, a Titan king who was changed into a mountain and petes= flier, to fly. melanopsis: Gr. melas, melanos= black and opsis= face.

See more of the Family Passerellidae