Identification & Behavior: ~12 cm (4.7 in). The Plain Xenops has unmarked olive-brown mantle, head, and most of the underparts. The throat is streaked with buff. It has a buffy supercilium and white malar stripe. The bill is relatively short and stubby with a slightly upturned mandible. The wing is blackish with a middle rufous band, which is readily seen when the bird flies. The tail is rufous with black feathers towards the outer edges. It creeps on multiple directions on trunks and limbs in search of prey items in the under and midstory of firme and varzea forests, often in the company of mixed species flocks. forest edges. It is similar to the Streaked Xenops but is distinguished by having an unmarked back and most of the underparts and by foraging in the under and midstory. Also, see the Wedge-billed Woodcreeper.

Status: The Plain Xenops is fairly common and widespread in Amazonia where it is known to range up to 1400 m along the east slope of the Andes. It also occurs in Co, Ec, Br, and Bo. 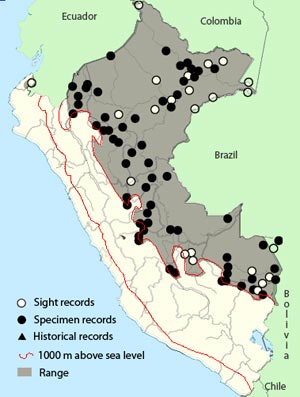