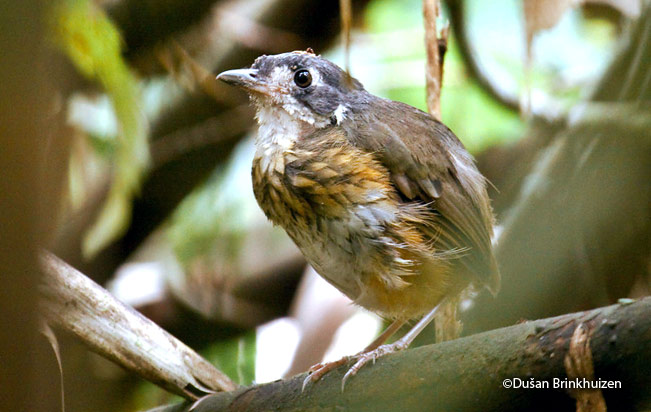 Identification & Behavior: ~14 cm (5.5 in). The White-lored Antpitta has a gray head, conspicuous white lores, and post-ocular crescent. The underparts are buff with black streaks and pale center of the belly. It is similar to the Spotted Antpitta with which is likely to overlap in part of its range. It is distinguished by a lack of a dusky mustachial streak, white lores, and white postocular crescent.

Status: The White-lored Antpitta is uncommon to rare in the Amazonian lowlands. It is known to occur only west of the Napo and south of the Amazon and lower Marañon rivers. It also occurs in Co and Ec.

See more of the Family Grallariidae 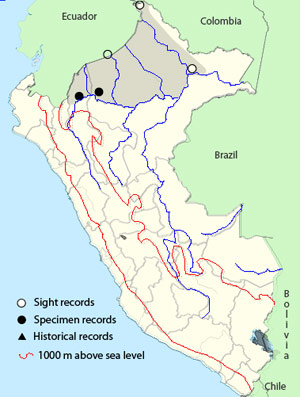