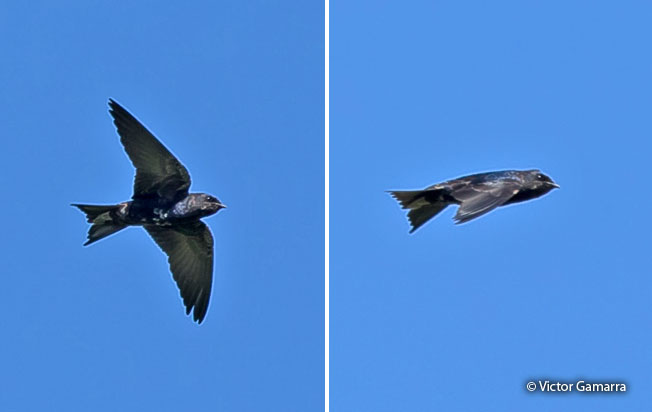 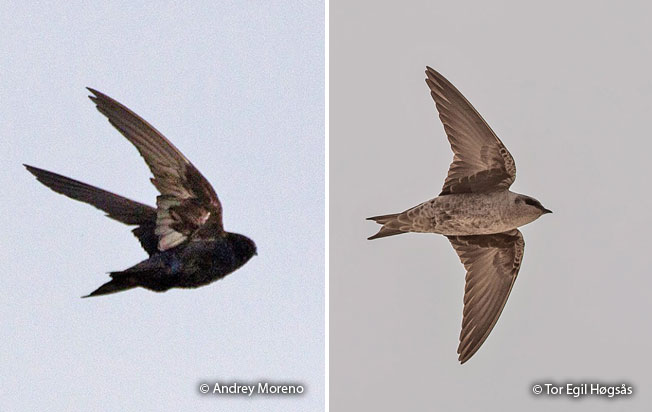 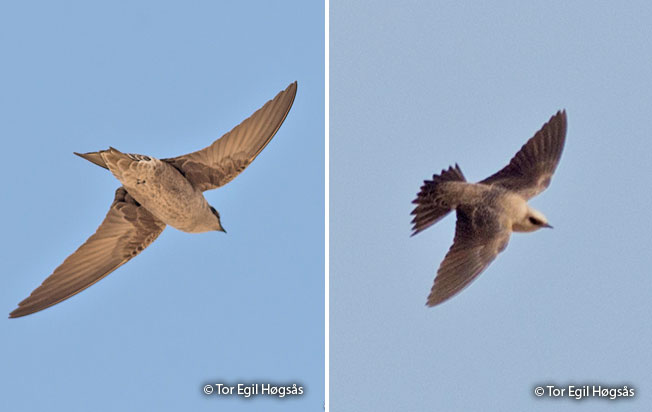 Identification & Behavior: ~17 cm (6.6 in). The Male Peruvian Martin is glossy blue-black. The female is brown with dusky wings. The juvenile is similar to the female. It forages high above agricultural fields, urban areas, and coastal desert where it appears to nest on coastal cliffs.  The male is similar to a male Purple Martin, which is larger and a very rare Austral migrant to the coast of Peru. The female is distinguished from a female Purple Martin and other swallows by being uniformly brown except for the dusky wings.

Status: The Peruvian Martin is rare and widespread on the coastal lowlands of western Peru generally below 100 m. It also occurs in Ch.

Meaning of Name: Progne: Gr.Progne or Procne= daughter of King Pandion of Athens and wife to King Tereus of Thrace. murphyi: In honor of Dr. Robert Cushman Murphy (1887-1973) US ornithologist.

See more of the Family Hirundinidae 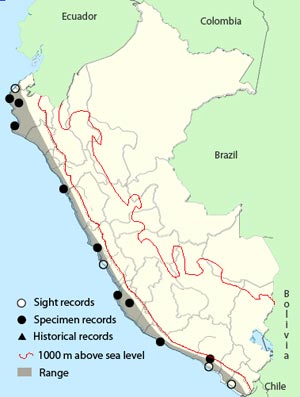