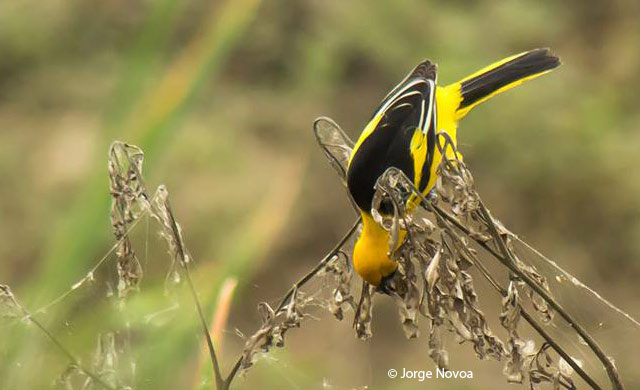 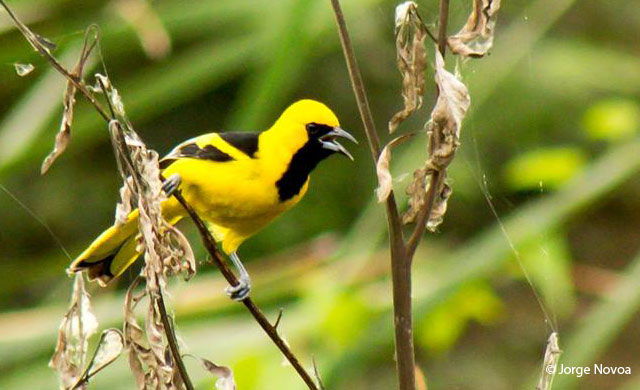 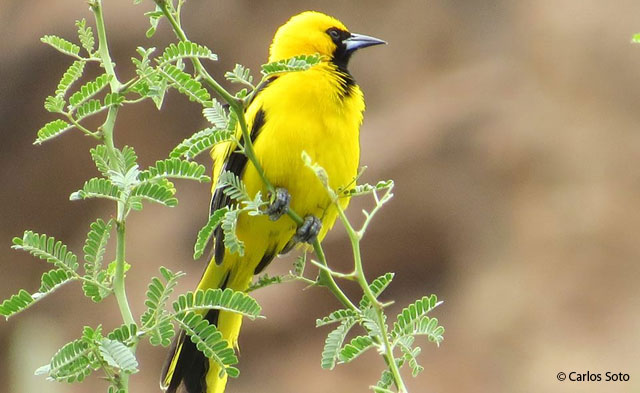 Identification & Behavior: 22 cm (8.5 in). The Yellow-tailed Oriole is mostly yellow. The adult has a black back with a distinctive yellow wing bar, black bib, and black tail with yellow outer feathers. The tail looks yellow when seen from below. The juvenile is dull yellow with a dusky-black back. The juvenile lacks the yellow wing bar and may have a rudimentary black bib. The yellow-tailed Oriole is structurally similar to the White-edged Oriole but is distinguished by the yellow outer tail feathers (yellow tail), and by being paler yellow. Forages usually in pairs looking for insects in dead curly leaves.

Status: The Yellow-tailed Oriole is fairly common in the lowlands and foothills of Northwest Peru generally at elevations below 1,400 m. It also occurs in the Marañon Valley where it is the only oriole. It also occurs in Co and Ec.