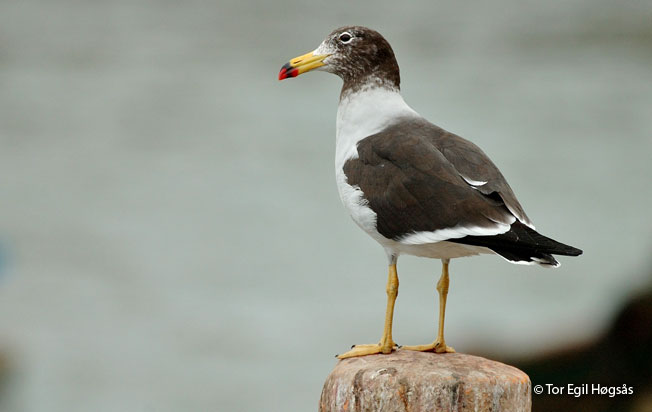 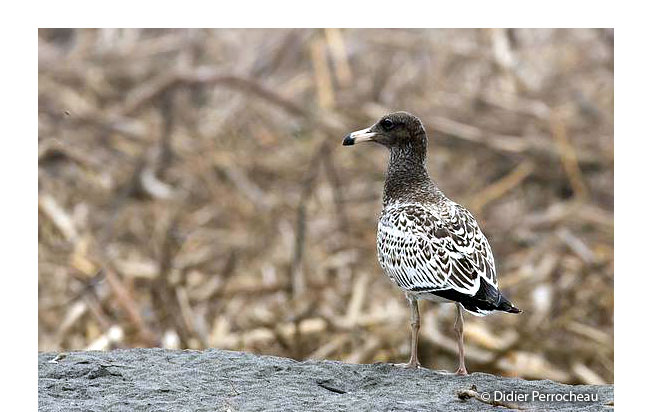 Identification & Behavior: ~52.5 cm (20.6 in). The Belcher’s or Band-tailed Gull in basic plumage is mostly white with black back and head. The alternate plumage is all white with black back. The adult has white tail with a black terminal band, yellow legs, and yellow bill with a red and dusky tip. Juvenile birds are mottled pale and brown with a dusky-brown head and neck. In alternate plumage, it is similar to the adult Kelp Gull but is distinguished a smaller size, a black band on the tail, and the red and dusky tip of the bill on the culmen and lower mandible. Kelp Gull has red only in the lower mandible. The juvenile has a dusky brown head, versus a pale head in the juvenile Kelp Gull.

Status: The Belcher’s Gull is a common resident along the coast of Peru. It also occurs in Co, Ec, and Ch.

See more of the Family Laridae 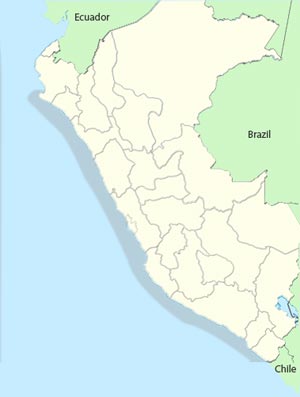