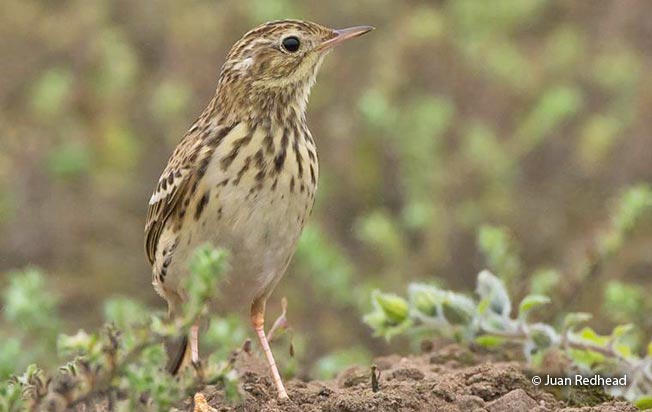 Identification & Behavior: ~13 cm (5.1 in). The Yellowish Pipit has brown upperparts streaked with black, brown, and whitish. It has a pale malar stripe narrowly bordered by blackish. It has a pale superciliary and yellowish mandible. The underparts are pale to yellowish with dusky streaks on the breast and sides of the belly and flanks. The tail is brownish with white outer tail feathers. The legs are pink. It is the only pipit in its range in Peru. It superficially resembles a female Band-tailed Sierra-Finch. It does not overlap with the very similar Yellowish Pipit.

See more of the Family Motacillidae