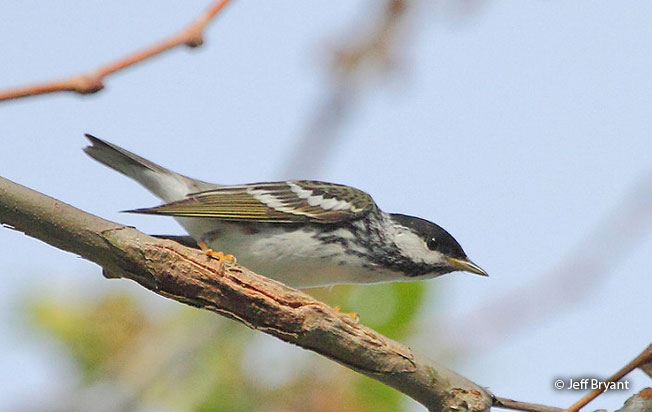 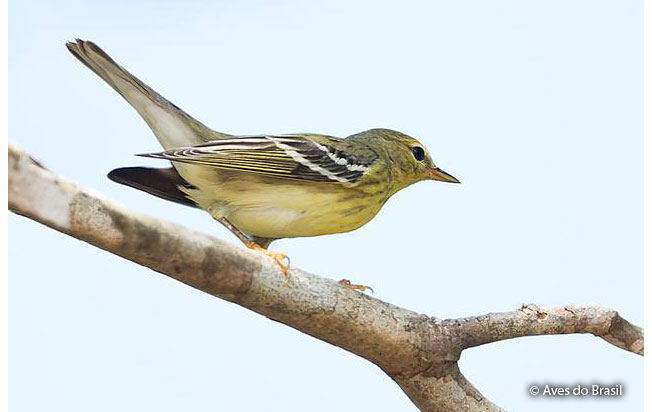 Identification & Behavior: ~13.3 cm (5.2 in). The male Blackpoll Warbler has a black cap and white cheeks. The rest of the upperparts are gray with white streaks and two white wing bars. The underparts are pale streaked with dusky. The female in breeding plumage is a dull version of the male without the black cap and gray cheeks. Both sexes have flesh-colored legs and feet. The female in basic plumage has dull marking and is yellowish overall. Also, see Black-and-White Warbler.

Status: The Blackpoll Warbler is a Boreal migrant wintering in Peru during the months of September through October. It forages in the canopy of mature and second growth forest mostly in northern Amazonia. It also occurs in Co, Ec, Br, Bo, and Ch.

See more of the Family Parulidae 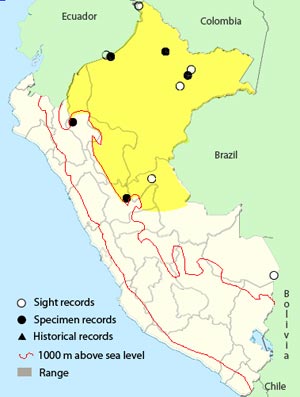