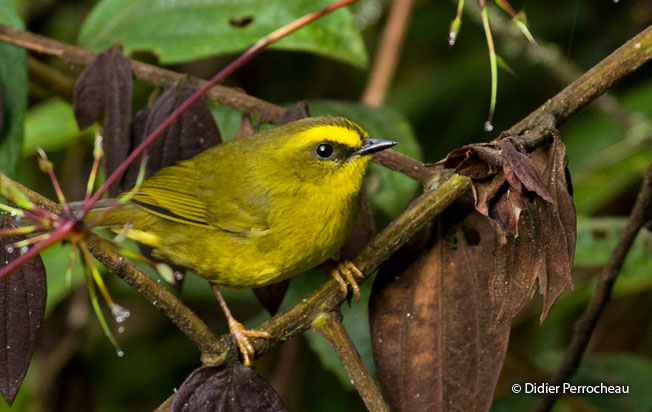 Identification & Behavior: ~14 cm (5.5 in). The Citrine Warbler is yellowish-olive above and yellow below. It has a broad yellow superciliary of variable lengths, blackish lores, and yellow-olive in the forehead and crown, blackish in southeast Peru. It is very similar to the Pale-legged Warbler, but ranges at higher elevations and has a superciliary that is broader and longer on average. These species are safely told by voice.

Status: The Citrine Warbler is fairly common in the understory and edges of humid montane forests of the east slope of the Andes at elevations ranging between 2500 -3700 m. It ranges on the east slope on both sides of the Marañon Valley. It also occurs in Co, Ec, and Bo.

See more of the Family Parulidae