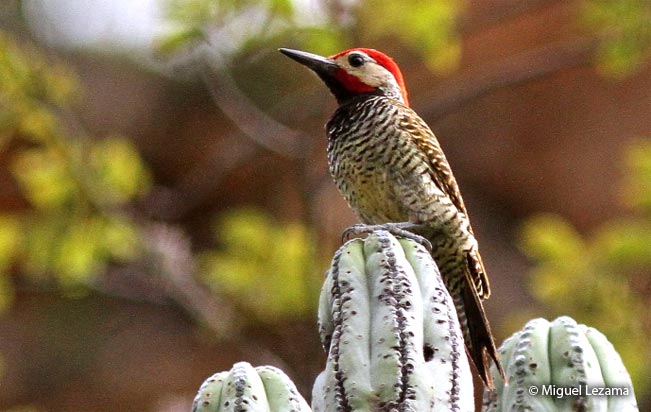 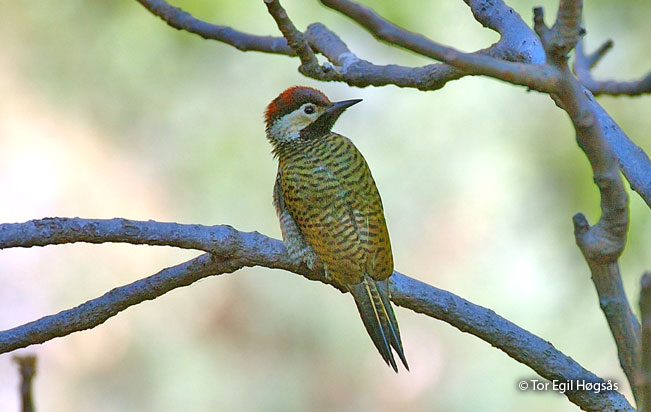 Identification & Behavior: ~24 cm (9.4 in). The Black-necked Woodpecker has barred upperparts and underparts. The throat and upper breast are black. The male has a red top of the head, nape, and red malar stripe. The female has a dark forehead and red on the nape without a red malar stripe. Both sexes have pale face and sides of the head. The head pattern is similar to that of Golden-Olive Woodpecker but is distinguished by being barred on the upper and underparts. These two woodpeckers may have limited overlap in northwest Peru.

See more of the Family Picidae 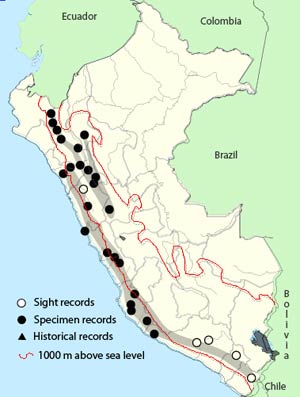