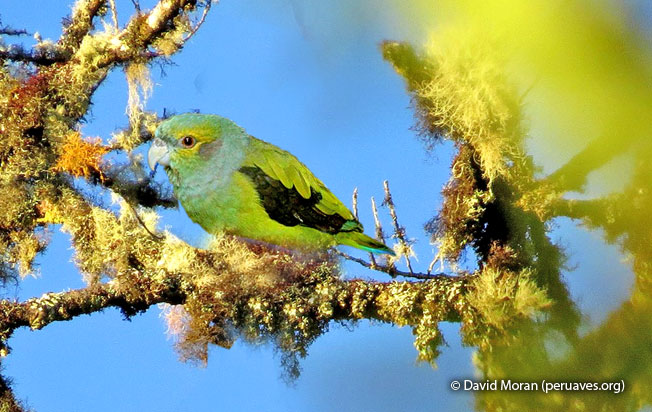 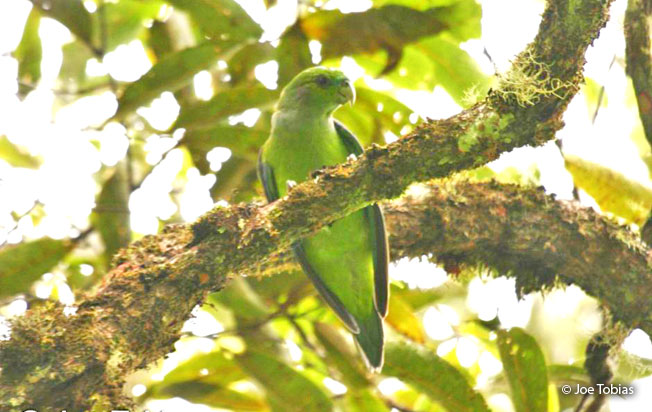 Identification & Behavior: ~23 cm (9 in). The Black-winged Parrot has black wing coverts and blue primary flight feathers. It has dusky ear or auricular patches, hence, it is also called Black-eared Parrot. The tail is relatively short and pointy. It forages quietly in the canopy of humid montane forests on the east slope of the Andes. It is often seen flying in pairs or small flocks. It resembles the Spot-winged Parrot, but their ranges are not known to overlap.

Status: The Black-winged Parrot is rare on the humid forest of the east slope of the Andes at elevations within 1950-3100 m. It also occurs in Bo. 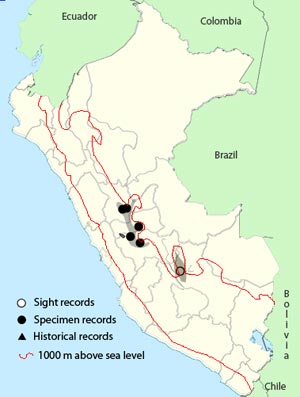