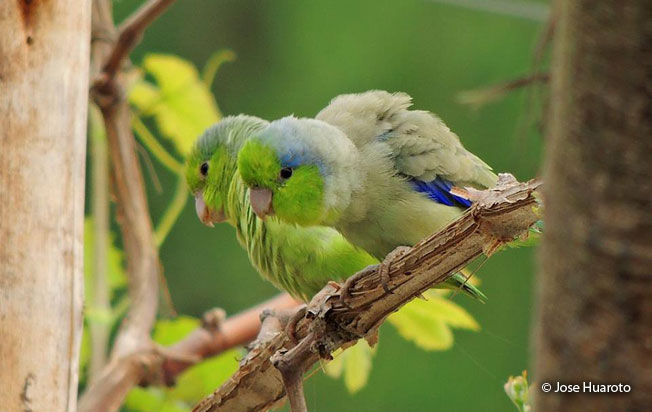 Identification & Behavior: ~12.5 cm (5 in). The male Pacific Parrotlet has a bright blue rump, underwing coverts, and flight feathers. The female is all green. The forehead and sides of the head are lighter green with blue behind the eye. The bill is pale. The tail is short and pointy. It is similar to the Yellow-faced Parrotlet but is distinguished by having a pale bill and being green overall; without a yellow face.

Status: The Pacific Parrotlet is common in scrub and deciduous forests in extreme northwest Peru and the middle section of the Marañon Valley. It is known to range up to 2100 m along the foothill of the west slope of the Andes. It is also uncommon as introduced species in some areas of the city of Lima. It appear to be also established in agricultural areas outside Lima. It also occurs in Ec. 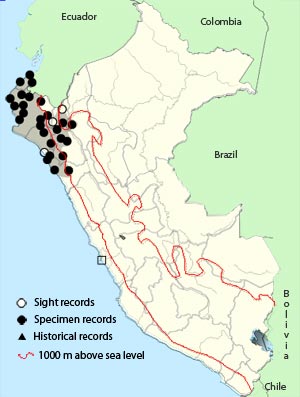