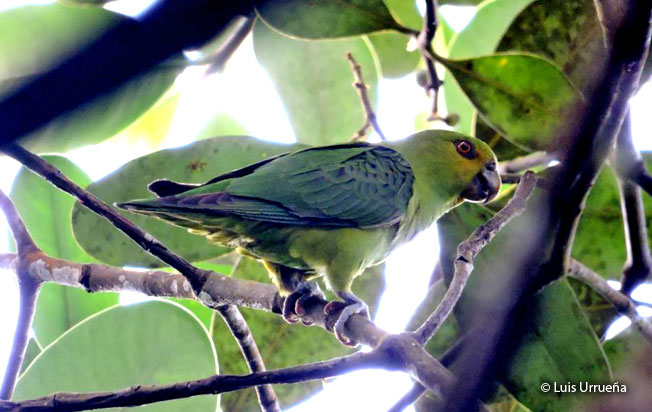 Identification & Behavior: ~16.5 cm (6.4 in). The male Spot-winged Parrotlet has dusky wing coverts with pale spots. The wing coverts in the female show dusky mottling. The bill is dusky in the female and off white in the male. The tail is square and green. It flies in small flocks through the canopy of humid montane forests. It resembles the Black-eared (Black-winged) Parrot, but their ranges are not known to overlap.

Status: The Spot-winged Parrotlet is rare on the eastern slope of the humid Andes generally within 1100-2200 m. It also occurs in Co and Ec.