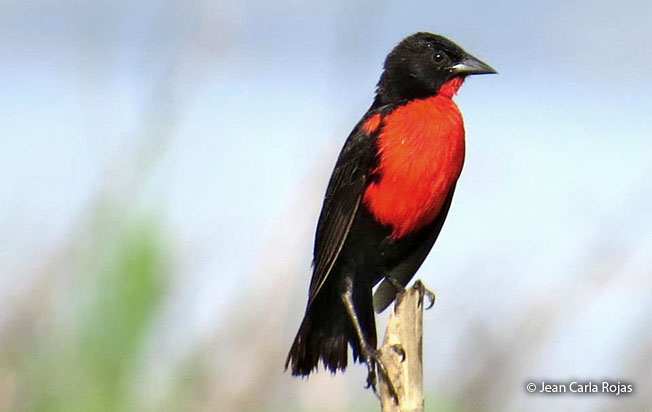 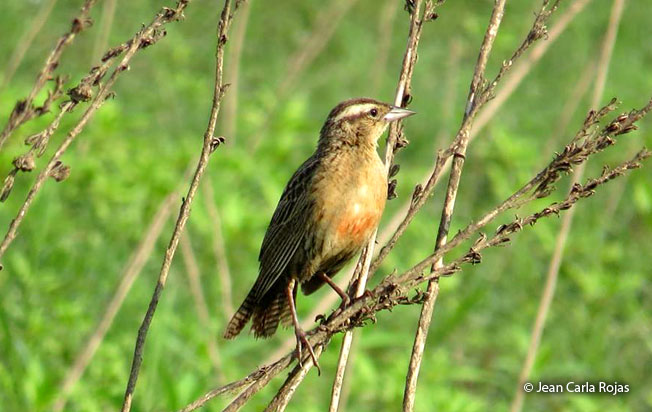 Identification & Behavior: ~19 cm (7.4 in). The male Red-breasted Blackbird is black with red throat, breast, upper belly and shoulders. The iris is dark. The female is brown with mottled upperparts and a broad pale superciliary. Both sexes are very similar to both male and female White-browed Blackbird but males are distinguished by not having the white superciliary. The young and males in fresh plumage may show a vestigial buff flecked superciliary. The females are very similar and field identification may be very difficult.

Status: The Red-breasted Blackbird is uncommon and local in open and semi-open habitats along rivers as well as agricultural land in Amazonia. It also occurs in Co, Ec, Br, and Bo.