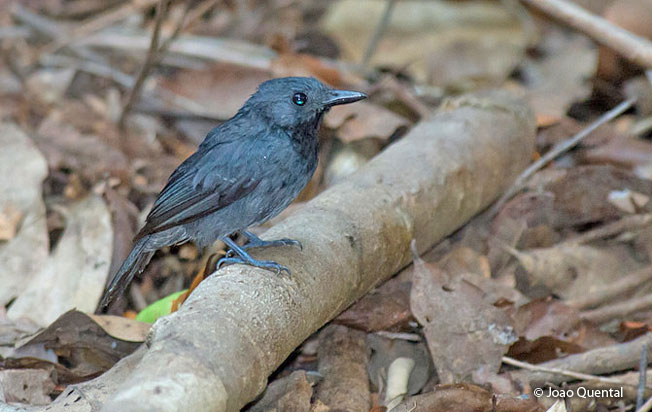 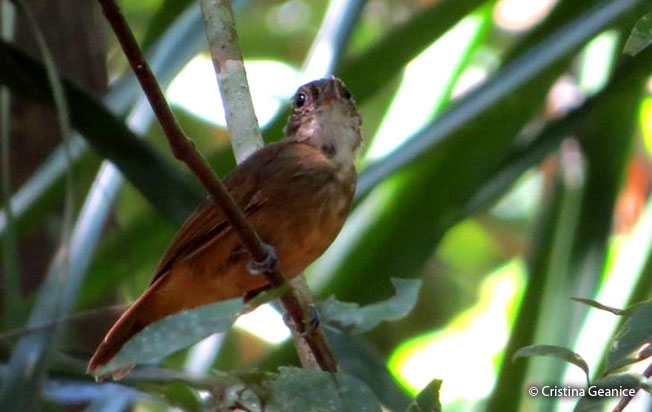 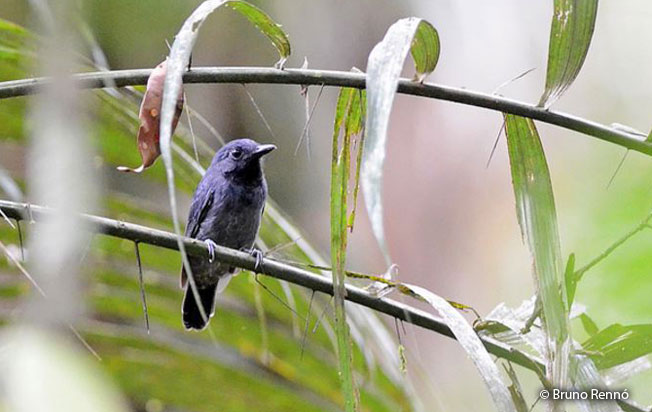 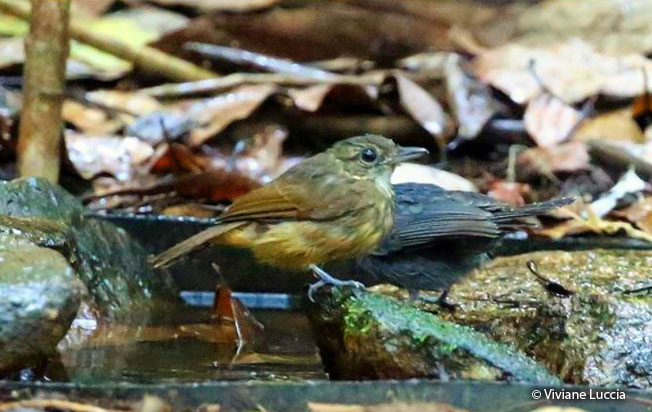 Identification & Behavior: ~14 cm (5.5 in). The male Saturnine Antshrike is dark gray with a well-defined black throat. The female has olive-brown upperparts and rufous-brown underparts with a lighter gray throat. It forages in the understory of the forest in Amazonia often along with mixed species flocks. It is very similar to the more widespread Dusky-throated Antshrike but the male is distinguished by a darker plumage, well-defined and often more extensive black throat. The female of both species is very similar. These two antshrikes segregate each other geographically and may only have limited overlap.

Status: The Saturnine Antshrike is fairly common on the north side of the Amazon and Marañon Rivers. It also occurs in Br and Bo. 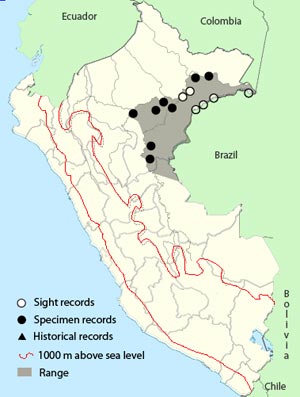