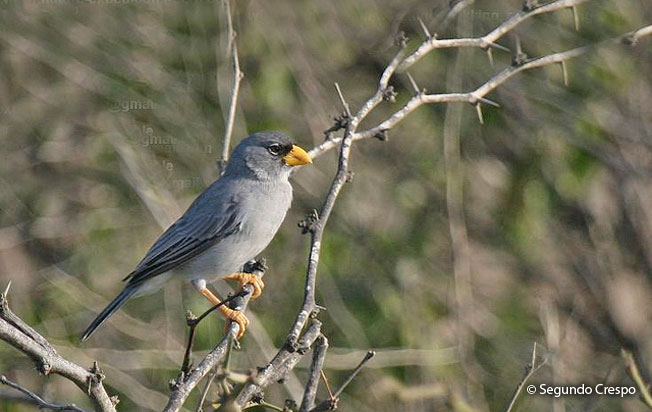 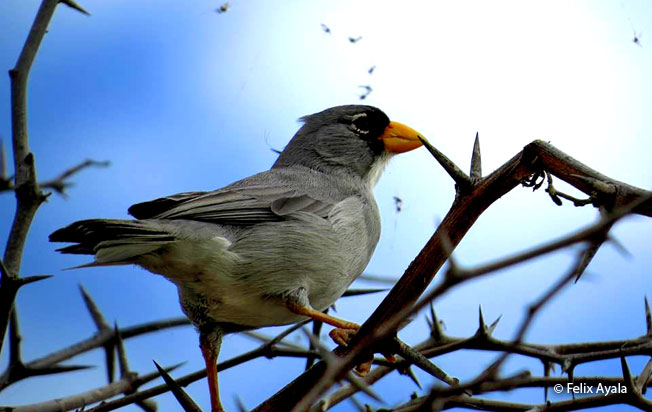 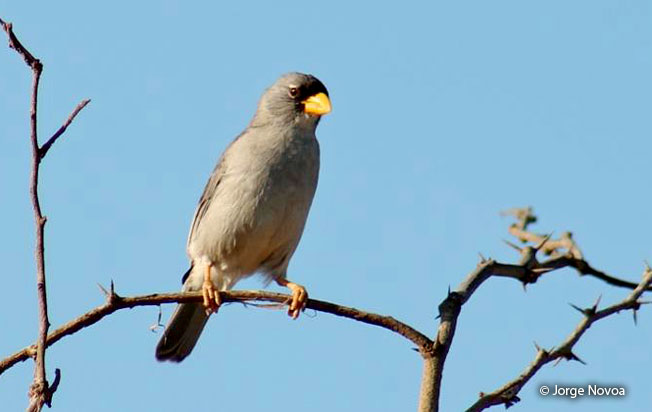 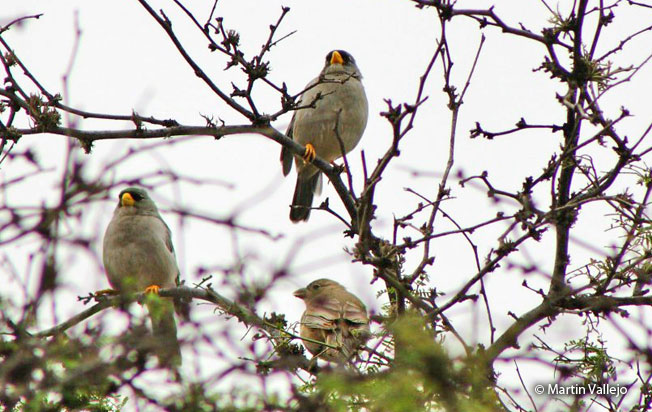 Identification & Behavior: ~16.5 cm (6.4 in). The Cinereous Finch is all gray with black around the base of the bill. The bill and legs are yellow-orange. The juvenile is gray-brown with dull orange bill and legs. It forages in semi-open forest, scrub, deciduous, and desert-like habitats with scattered trees. It is similar to the Slender-billed Finch but is distinguished by larger size and thicker bill. There is no known range overlap between these two species.

Status: Endemic. The Cinereous Finch is common in the northwestern lowlands. It generally occurs away from continuous forests. 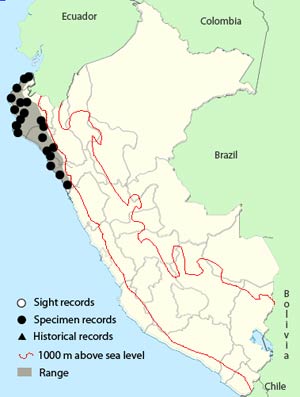