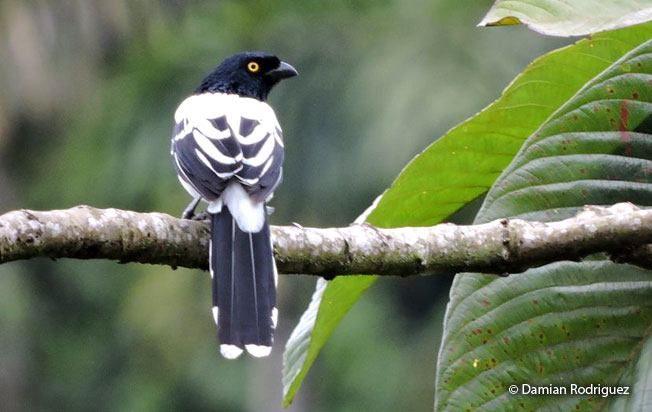 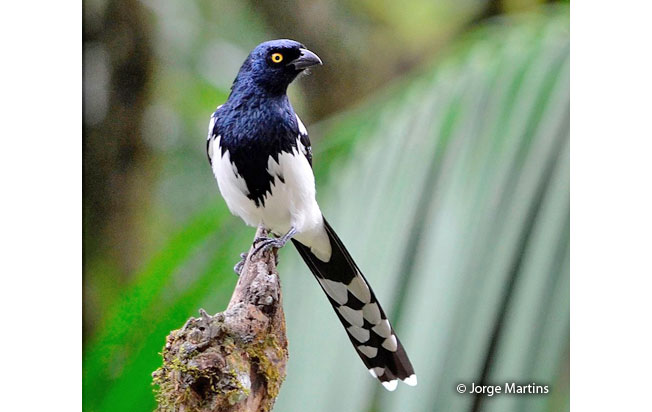 Identification & Behavior: ~27 cm (10.6 in). The Magpie Tanager is white with a black hood that extends to the mantle and breast. The wings and tail are also black. The tail feathers have bold white terminal tips. The iris is yellow in the adult and dark in the juvenile. It favors second growth habitats and forest edges. Its plumage pattern superficially resembles that of a Red-billed Pied-Tanager and a Black-and-White Tanager, both of which are smaller and favor very different habitats.

Status: The Magpie Tanager is uncommon and widespread in Amazonia where it is known to range up to 1600 m along the foothill of the Andes. It also occurs in Co, Ec, Br, and Bo.