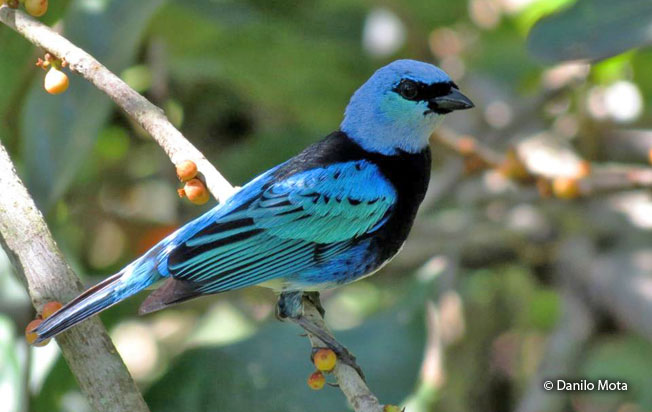 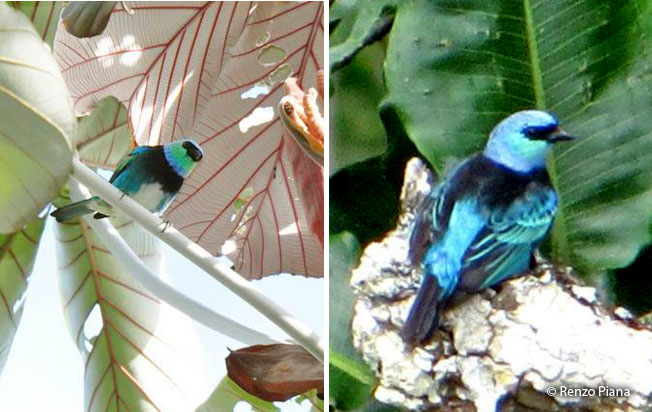 Identification & Behavior: ~13 cm (5.1 in). The Masked Tanager has a black mantle and black breast and underparts with a distinctive pale center of the belly. The head is blue with a narrow black forehead and black around the eyes. The wings are bluish. It forages in the canopy of mature forest often in the company of mixed species flocks. It is similar to the Blue-necked tanager by is distinguished by ranging at lower elevations and by having a pale center of the belly.

Status: The Masked Tanager is uncommon and widespread in Amazonia where it is known to range up to 1400 m along the foothill of the Andes. It also occurs in Co, Ec, Br, and Bo.