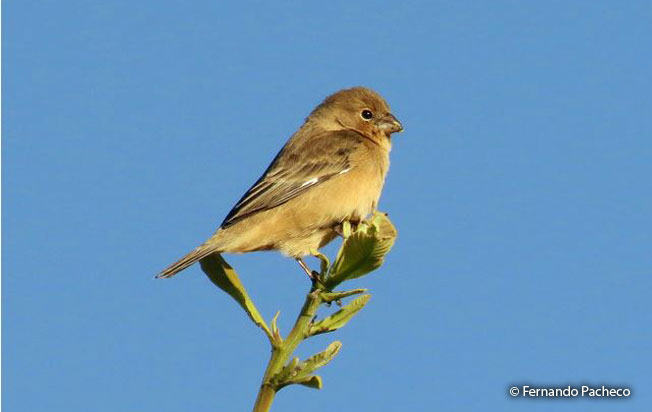 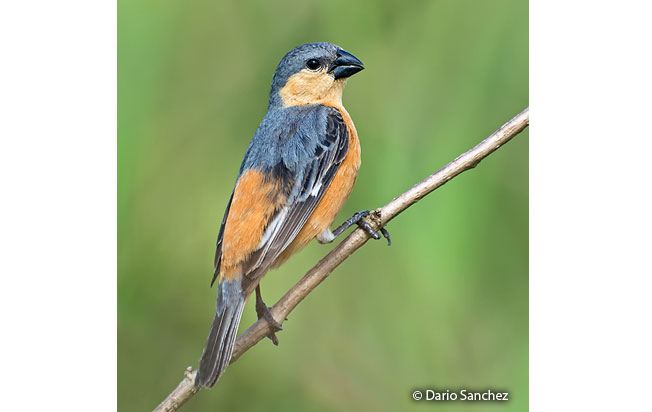 Identification & Behavior: ~11 cm (4.3 in). The male Tawny-bellied Seedeater has gray upperparts. The rump and underparts are rufous. It has a white wing speculum and black bill. The female is olive-brown above and brown with shades of buff below. It forages in open areas with scattered shrubs, as well as in grasslands, fallow agricultural fields, and hedges. It is similar to the Dark-throated Seedeater but males have a rufous throat. Females of these species may be difficult to identify even in hand. In general, female Sporophila seedeaters are readily identified by the males that accompany them.

Status: The Tawny-bellied Seedeater is rare and perhaps an occasional Austral migrant to Pampas del Heath in extreme southeast Peru. It also occurs in Br and Bo.