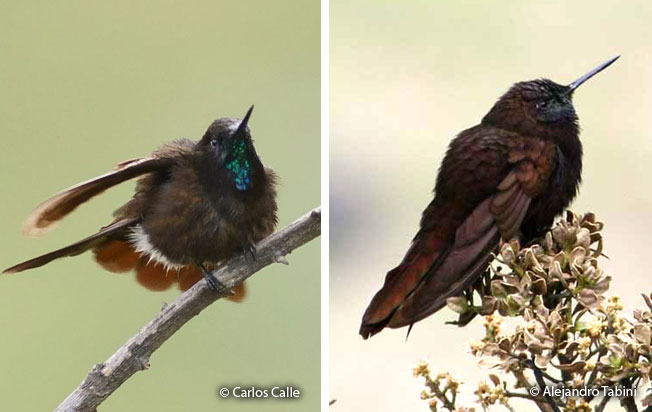 Identification & Behavior: ~12 cm (5 in). The male and female Black Metaltail is mostly black or dusky gray in some sub-species. The male has an iridescent green-blue gorget, which is lacking in the female. The male has a slightly notched coppery tail, which is similar, but duller in the female.  The bill is black and straight. The black plumage of this metaltail is unique in its range and unique for a hummingbird. It only overlaps with the Tyrian Metaltail in part of the west slope of the Andes.

Status: Endemic. The Black Metaltail is fairly common in dry scrub along most of the west slope of the Andes. It occurs in inter-Andean valleys and both sides of the Marañon Valley. It is generally found at elevations between 2700-4300 m. 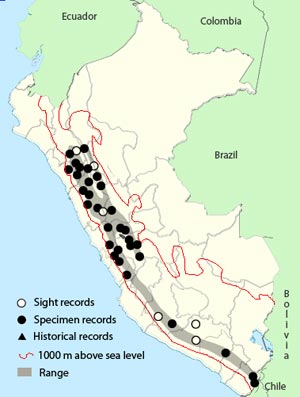