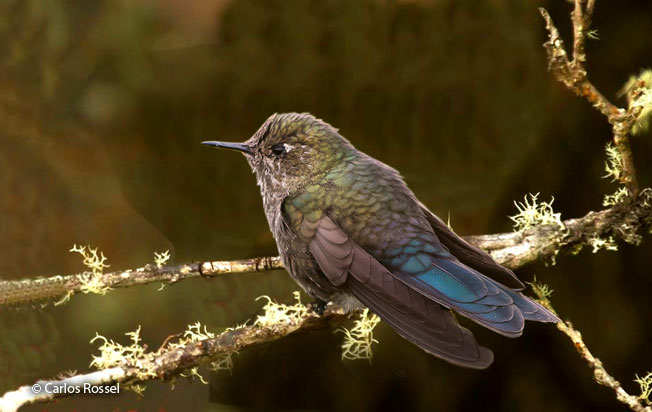 Identification & Behavior: ~12 cm (5 in). The male Blue-mantled Thornbill  has a blue back and tail, which is relatively long forked. The head is dusky-blue with a narrow green and purple gorget.  The underparts are dusky-blue. The female has a greenish head and bluish rest of the back and tail. The underparts are grayish with whitish specks.  The bill in both sexes in black, short, and straight. It favors humid scrub and Polylepis forests, but also forages in open areas where it often walks on very short grass. This behavior is also exhibited by the Olivaceous Thornbill.

Status: The Blue-mantled Thornbill is uncommon in paramo habitats in the high Andes at elevations ranging between 2800-4500 m. It also occurs in Ec and Bo.