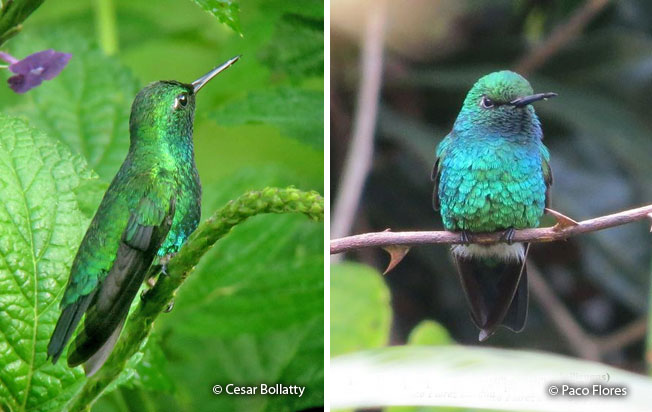 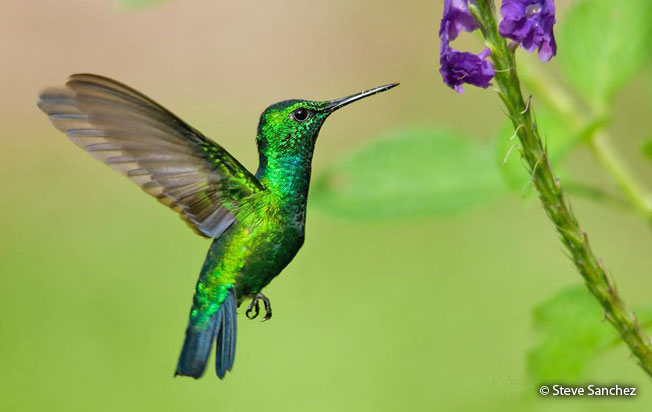 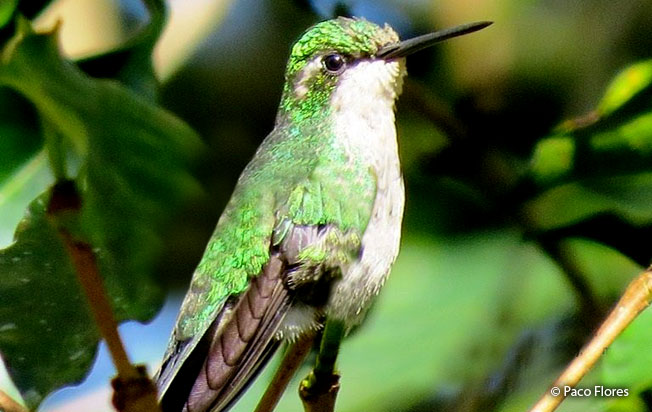 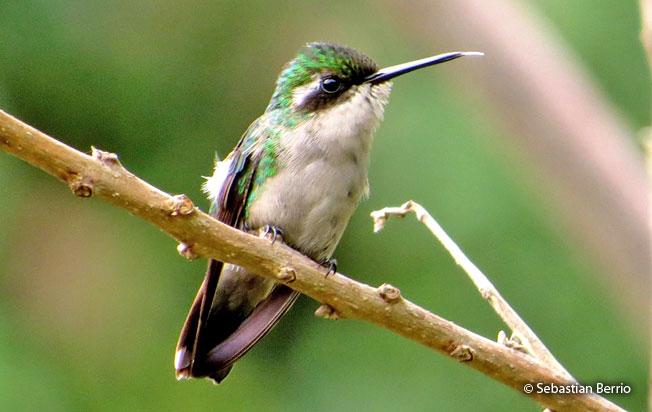 Identification & Behavior: ~7.5 cm (3 in). The male Blue-tailed Emerald is mostly iridescent green with a slightly notched blue tail. The throat and breast are tinged with iridescent blue. The female is green above and gray below with a dusky or green mask across the eye bordered above by a white stripe starting behind the eye. The tail is dusky blue with gray tips. The bill in both sexes is straight and black. The male Blue-tailed Emerald is similar to a male Blue-chinned Sapphire but is distinguished by having a notched tail, smaller size, and black bill.

Status: The Blue-tailed Emerald is uncommon and widespread in Amazonia where it is known to range up to 2000 m along the foothill of the Andes. It also occurs in Co, Ec, Br, and Bo.