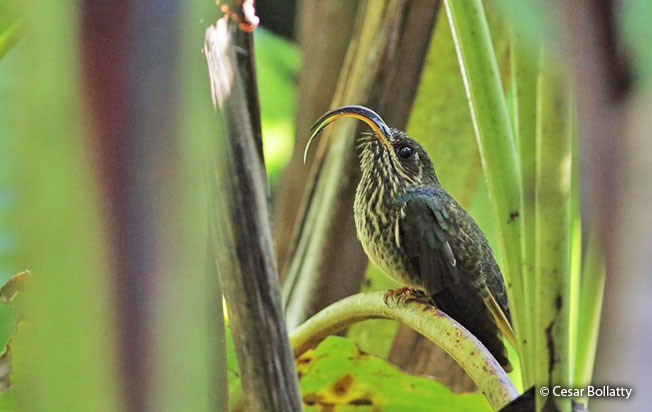 Identification & Behavior: ~12.5 cm (5 in). The Buff-tailed Sicklebill is dark green above and dusky with light gray stripes below. It has two blue-green patches on the sides of the neck.  The tail is buff with broad white tips. The bill has the shape of a sickle with a yellow lower mandible. It forages in forest interior and edges where it is associated with stands of Heliconia spp. It is similar to the White-tipped Sicklebill but is distinguished by a buff tail, and blue patches on the lower side of the neck.

Status: The Buff-tailed Sicklebill is uncommon to rare on the east slope of the Andes at elevations ranging between approximately 400 to 2800 m. It also occurs in Co, Ec, and Bo.