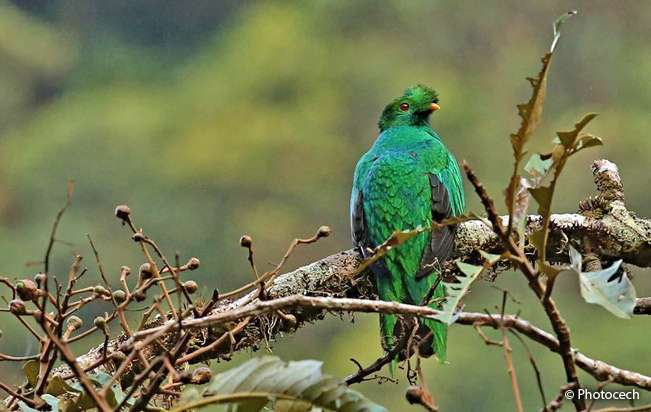 Status: The Crested Quetzal is rare to uncommon in the montante forest east of the Andes at elevations ranging from 1000-2300 m. It overlaps with Golden-headed Quetzal, but ranges at lower elevations. It also occurs in Co, Ec, and Bo.

See more of the Family Trogonidae