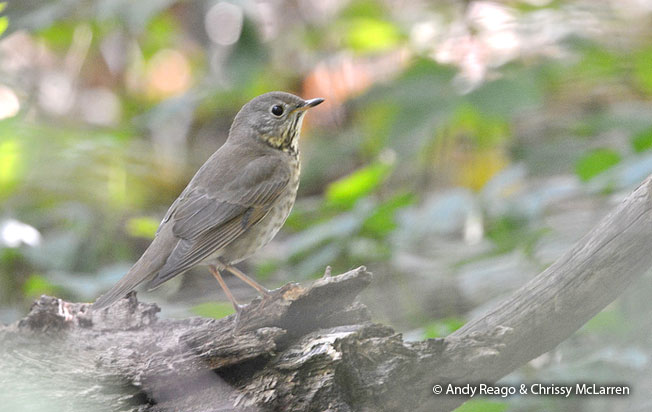 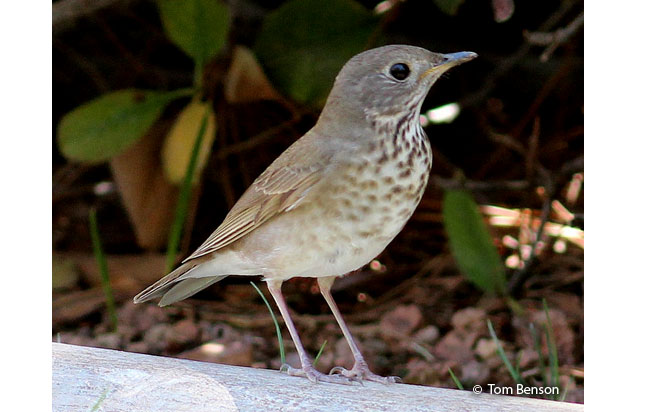 Identification & Behavior: ~18 cm (7 in). The Gray-cheeked Thrush has gray upperparts and tail. The sides of the head are gray faintly mottled with whitish. The underparts are grayish-buff with dusky spotting on the throat, breast, and upper belly. The base of the mandible is yellowish. It has no discernible eyering. It forages on the ground. It is similar to the Swainson’s Thrush but is distinguished by having gray upperparts, no buff lores, and no buff eyering.

Status: The Gray-cheeked Thrush is a rare Boreal migrant in northeast Amazonia. Its status is poorly known but is expected in Peru during the months of September through April. It also occurs in Co, Ec, and Br.