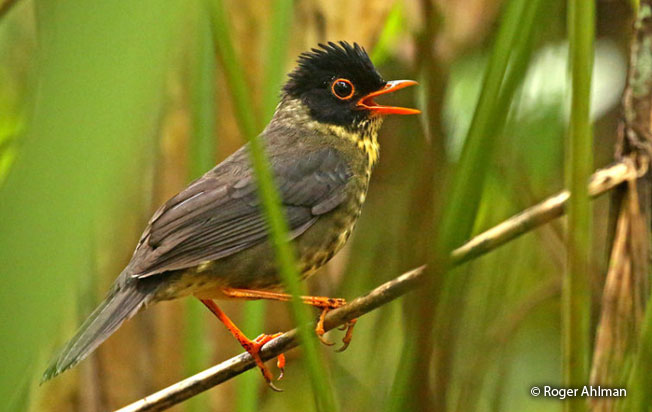 Identification & Behavior: ~17 cm (6.6 in). The Speckled Nightingale-Thrush has a black head and gray rest of the upper parts. It has a pale iris and orange eyering, bill, and legs. The underparts are yellow spotted with dusky. It forages in the understory and floor of montane forests and semi-deciduous forests in Tumbes. It is similar to the closely related Slaty-backed Nightingale-Thrush but is distinguished by a lighter overall plumage and yellow underparts spotted with dusky. 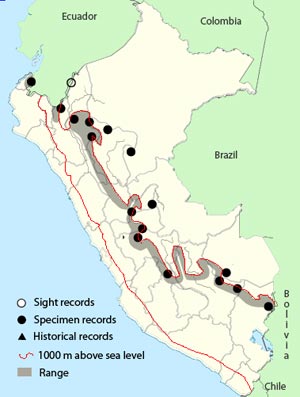