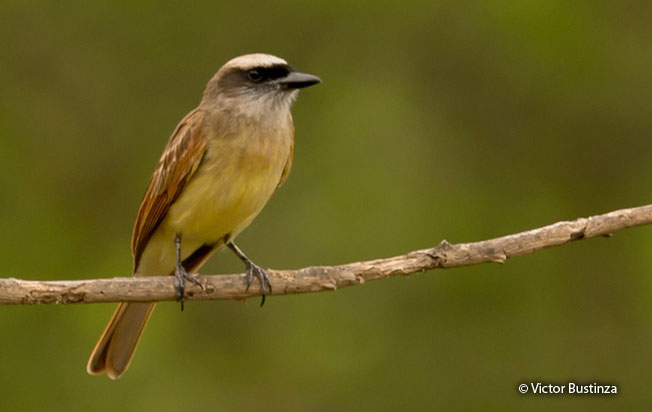 Identification & Behavior: ~23 cm (9 in). The Baird’s Flycatcher has a gray mantle. It has a pale crown/broad pale superciliary, a black mask through the eye, and whitish throat streaked with dusky. The wing coverts, flight feathers, and tail are edged with rufous. The rump is also rufous. The underparts are dingy yellow faintly streaked with dusky on the breast. It forages in semi-open habitats where it often perches on exposed snags and branches. It is similar to the Streaked Flycatcher but is distinguished by a having rusty wings, rump and tail, and yellow underparts.

Status: The Baird’s Flycatcher is fairly common in lowlands of northwest Peru where it is known to range up to 1200 m along the foothill of the Andes. It also occurs in Ec.