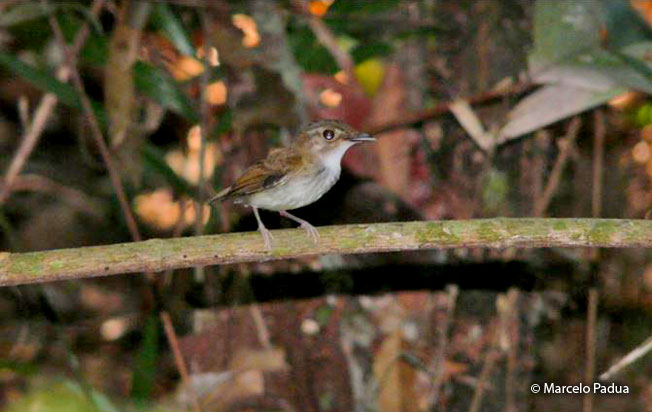 Identification & Behavior: ~9 cm (3.5 in). The Cinnamon-crested Spadebill has brown upperparts. The head is also brown with a pale and poorly defined superciliary and pale eyering. It has a semi-concealed cinnamon crown patch that may be difficult to see in the field. The bill is flat, broad at the base, and black in color. The throat is whitish. The breast is brown grading to pale yellowish towards the belly. It forages in the understory of forest that grows on nutrient-poor soils. It is similar to the White-crested Spadebill but is distinguished by smaller size, by having a brown head and dull brown yellowish underparts, and by habitat type. It does not overlap with the similar White-throated Spadebill.

Status: The Cinnamon-crested Spadebill rare and known to occur within a small range in Loreto, north of the Amazon River. It also occurs in Co, Ec, and Br.