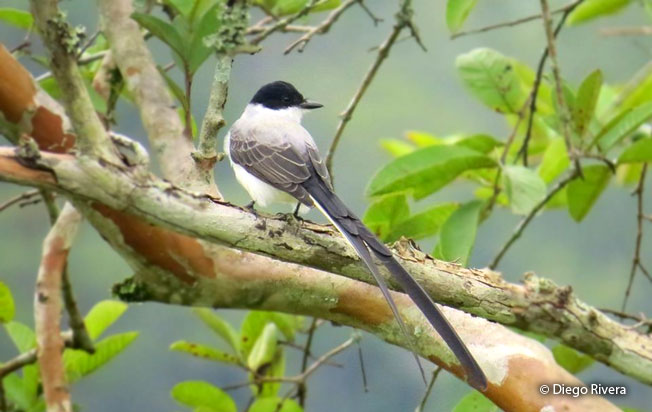 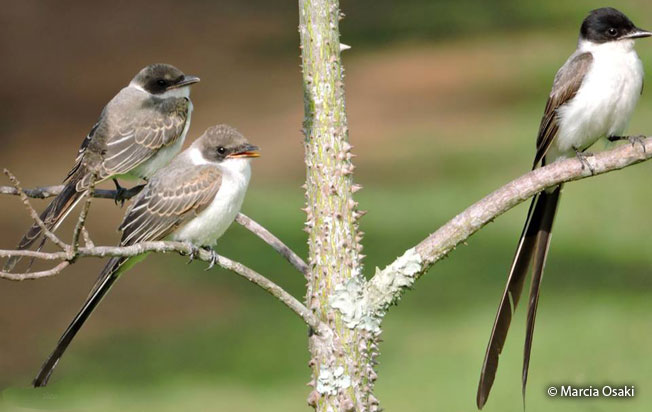 Status: The Forked-tailed Flycatcher is a fairly common and widespread Austral migrant in Amazonia where it is known to range up to 1000 m along the foothill of the Andes. To judge from the peak in abundance during the months of February through April and August through October, but birds in smaller number stay in Peru during the Austral migration. The Fork-tailed Flycatcher also occurs in Co, Ec, Br, Bo, and Ch.