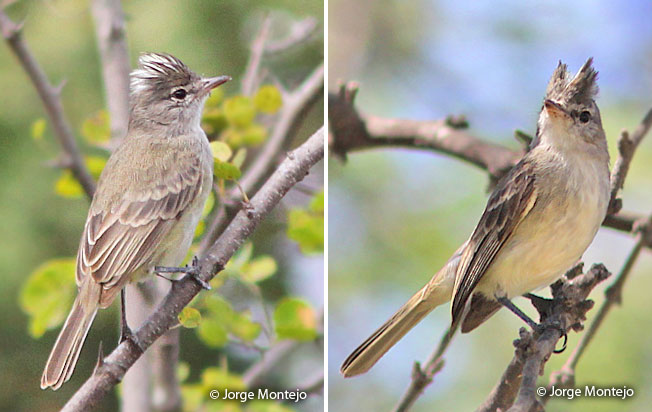 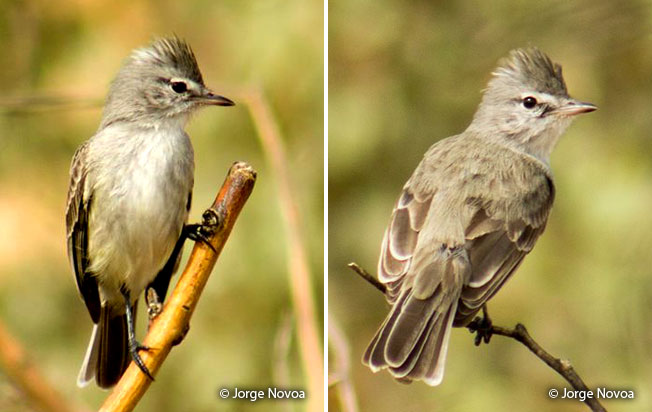 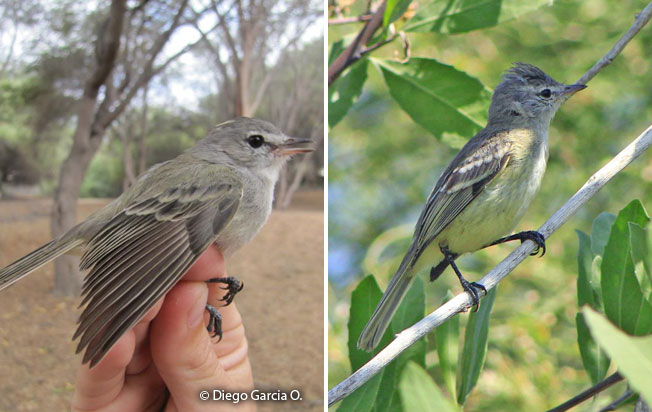 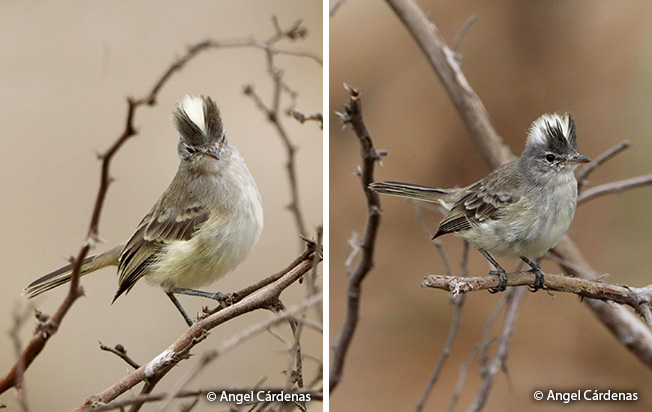 Identification & Behavior: ~12.5 cm (5 in). The Gray-and-White Tyrannulet has warm gray upperparts. It has pale lores and a well-developed gray and white bushy crest. The wing coverts are darker than the back and are fringed with pale brown giving the impression of two poorly defined wing bars. The breast is pale gray grading to yellowish towards the lower belly. It forages in the canopy and sub-canopy of deciduous forest and also in tall scrub. It is similar to the Southern Beardless Tyrannulet but is distinguished by larger size, whitish wing bars, and prominent gray and white bushy crest, the bushy crest is not present in all individuals.

Status: The Gray-and-White Tyrannulet is common in the northwestern lowlands and foothill of the Andes to elevations of up to 800 m. It also occurs in Ec. 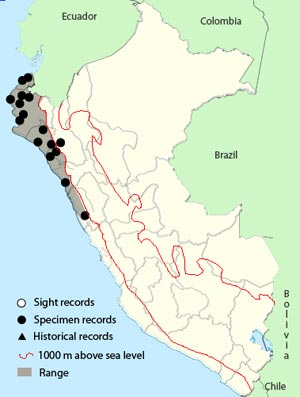