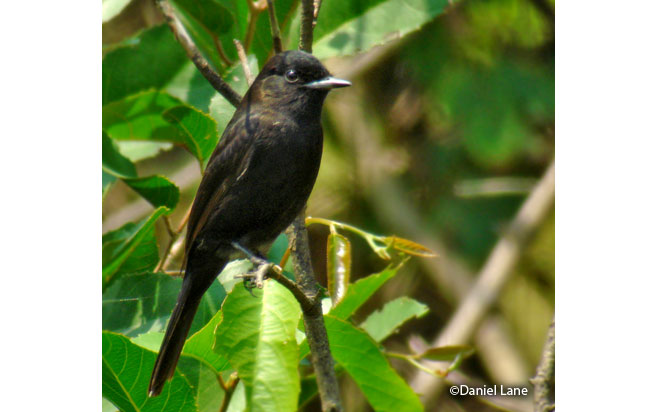 Identification & Behavior: ~15 cm (6 in). The male Hudson’s Black-Tyrant is all black with a bluish-gray bill. It has a broad white band along the length of the wing but is noticeable when the bird is in flight. The female is mostly brownish with vague dusky streaks on the throat, breast, and part of the belly. The wing coverts are dusky with two white wing bars and white edging on the tertial feathers. The rump and undertail coverts are rufous. It forages on successional vegetation at river created habitats. It is similar to White-winged Black-Tyrant, but their ranges do not overlap.

Status: The Hudson’s Black-Tyrant is a rare Austral migrant to extreme southeast Peru. All sight records come from the department of Madre de Dios. It also occurs in Br and Bo.