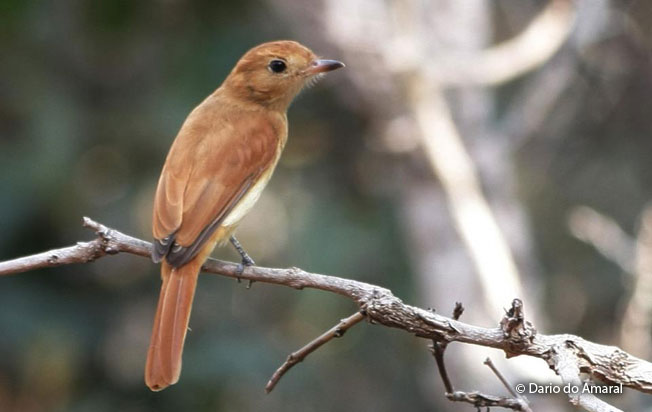 Identification & Behavior: ~17 cm (6.8 in). The Rufous Casiornis is mostly rufous with rufous-yellow center of the belly. It has a crest that is mostly kept erect. The lower mandible is mostly yellow. It forages in relatively short vegetation in river-created habitats and also in second growth. It is similar to a female Cinereous Becard and Chestnut-crested Becard, but these species segregate each other by habitat and are unlikely to be seen together.

Status: The Rufous Casiornis is an Austral migrant to southeast Peru where it is mostly reported from Madre de Dios. It also occurs in semi-deciduous forest and scrub habitats in San Martin where it may be a breeding resident. It also occurs in Br and Bo.