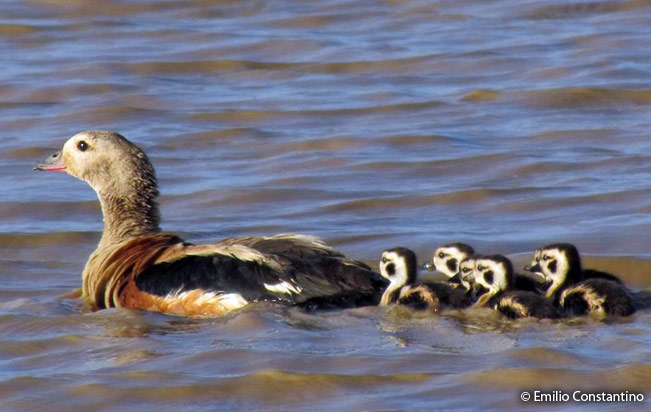 Identification & Behavior: ~59.7 cm (23.5 in).  The Orinoco Goose has a pale head and neck, chestnut flanks and back, and blackish wings with a white speculum. The legs are red, the bill is black and pinkish. Both sexes have similar plumage but the male is larger. The juvenile is a dull version of the adult. Although there is no known geographic overlap, see the Andean Goose.

Status: The Orinoco Goose was apparently more widely distributed in the past. It is now uncommon during the dry season along the Madre de Dios River and tributaries, where it is known to breed. It disappears during the high water or rainy season in Southeast Peru.