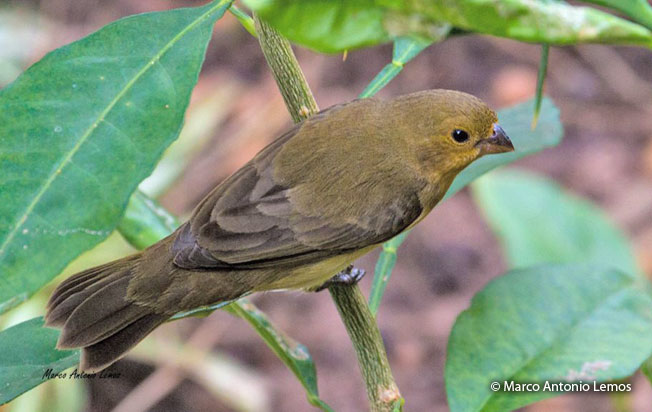 Identification & Behavior: ~11 cm (4.3 in). The Lined Seedeater has black upperparts and tail. The head is also black with a median white stripe from the forehead and broad malar white stripes. The underparts and rump are white. The female is olive-brown above and buffy-brown below.  It forages in the shrubbery of forest edges, river scrub, and mixed grassland. It is very similar to the Lesson’s Seedeater but is distinguished by having the median head stripe and by clean white underparts. Female Sporophila seedeaters are readily identified by the males that accompany them. Also, see Caqueta Seedeater.

Status: The Lined-seedeater is an uncommon non-breeding visitor to the eastern lowland. Movements are not well understood but it appears to be an intratropical migrant present in Peru during the months of October through May. It also occurs in Co, Ec, Br, and Bo.