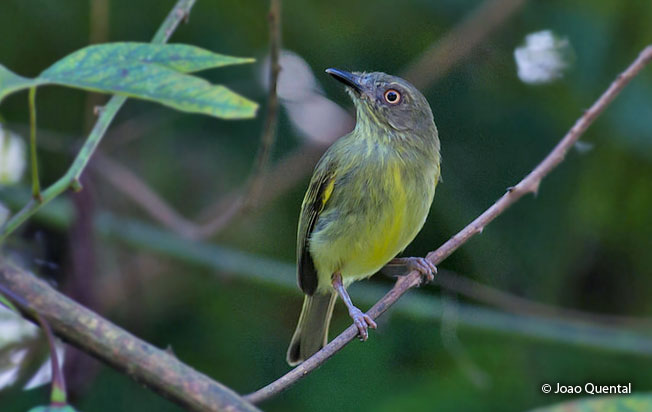 Identification & Behavior: ~11 cm (4.3 in). The Johannes’s Tody-Tyrant has olive-gray upperparts. The wing coverts are edged with yellow with two thin wing bars. The throat is yellowish grading to olive on the breast and yellow towards the belly. The throat, breast, and part of the belly are streaked with olive. The iris is pale brown. The bill is black. It shows a pale loral line. It forages in thick foliage at the understory and midstory of forest edges, second growth, and river and lake edges. It is very similar to the Stripe-necked Tody-Tyrant, but these tody-tyrants favor very different habitat types and are not known to overlap.

Status: The Johannes’s Tody-Tyrant is uncommon and widespread in Amazonia where it is known to range up to 800 m along the foothill of the Andes. It also occurs in Co, Ec, Br, and Bo.