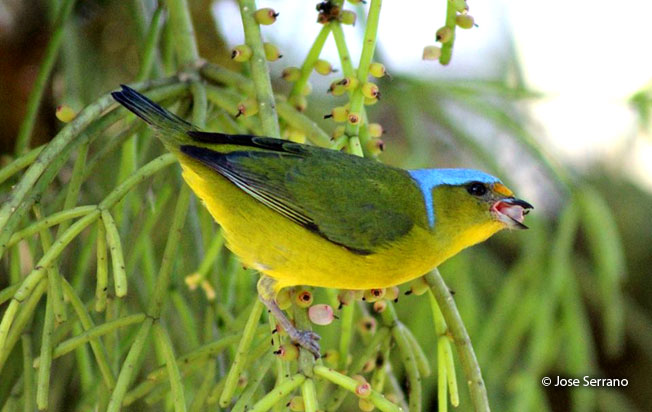 Identification & Behavior: ~11.5 cm (4.5 in). The male Golden-rumped Euphonia has a glossy blue back. The top of the head and nape are blue. The face and throat are black. The underparts and rump are orange-yellow. The tail and wing are dark. The female is yellow-green overall with a blue top of the head and narrow rufous forehead and superciliary. It favors semi-deciduous forests as well as humid montane forests where appears to be associated with parasitic mistletoes. It is superficially similar to the Chestnut-breasted Chlorophonia in having a blue top of the head. Also, see Fawn-breasted Tanager.

See more of the Family Fringillidae 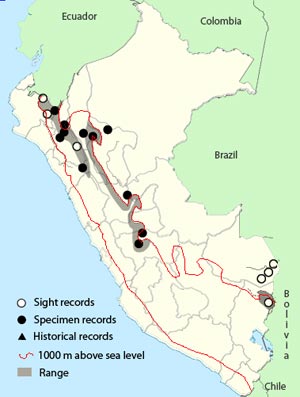