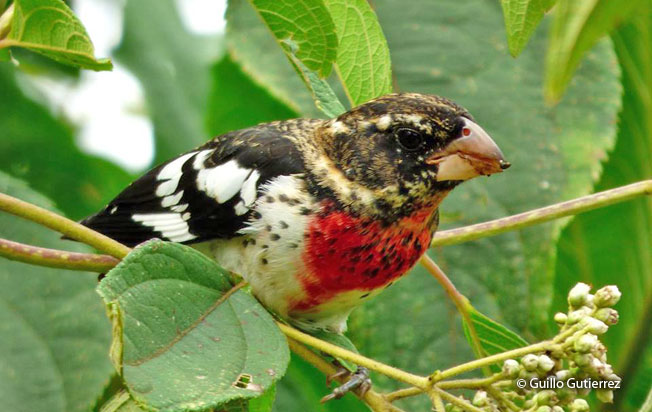 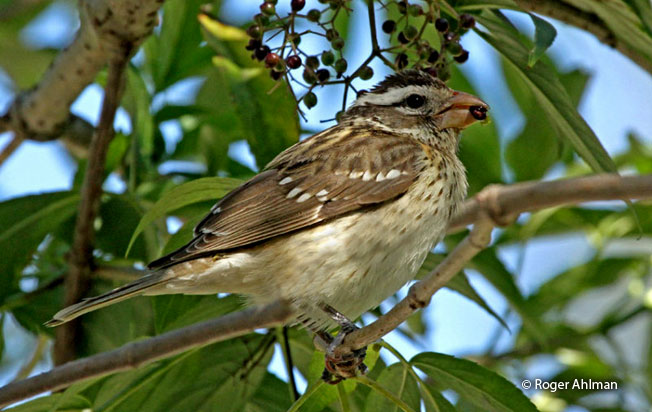 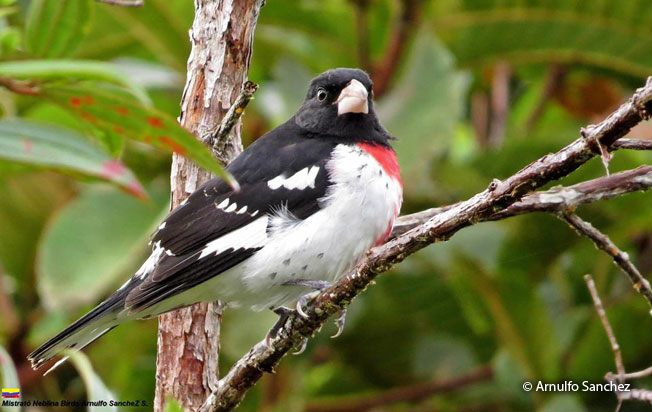 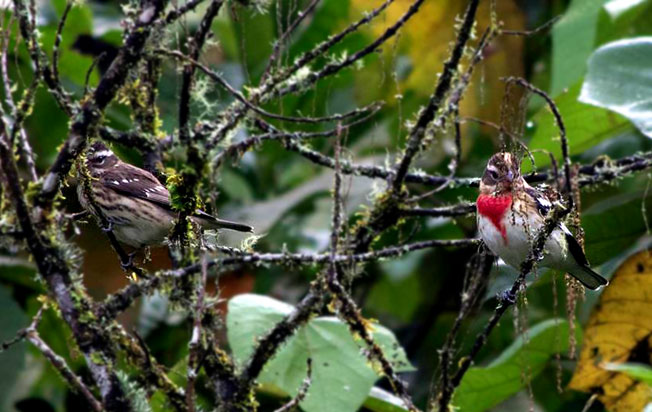 Identification & Behavior: ~18 cm (7 in). The male Rose-breasted Grosbeak in basic plumage has blackish-gray upperparts and tail with white wing bars, pale superciliary, and a pale rump. The breast is pink-red. The rest of the underparts are whitish with sparse dusky streaking. The female is a dull version of the male with a brownish tinge to the back and underparts. The immature is browner than a female without any hint of pink-red on the throat and upper breast. The bill is thick. The male in adult alternate plumage is unmistakable. The female and juvenile superficially resemble a  Saltator.

Meaning of Name: Pheucticus: Gr. Pheugo= to flee, pheuktikos shy, inclined to avoid.
ludovicianus: After the Louisiana Territory or colony claimed by France and named after Louis XIV King of France.

See more of the Family Cardinalidae 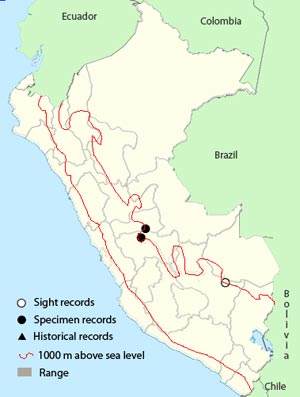