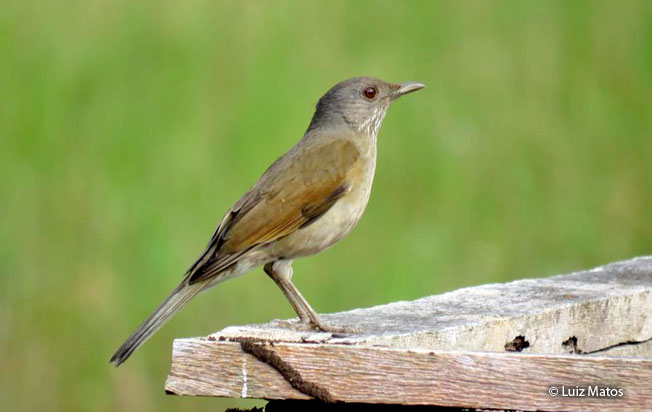 Identification & Behavior: ~23 cm (9 in). The Pale-breasted has grayish head and grayish-brown underparts. The upperparts and tail, are brown. The throat is streaked with white, the iris is brown, and the bill grayish. It forages in forest edges and semi-open habitats. It is similar to the Varzea Thrush but is distinguished by having a grayish head that contrasts with the brown back.

Status: The Pale-breasted Thrush is uncommon but very local. It is known to occur in the Mayo Valley and also in the mixed savannah habitat of Pampas del Heath in Madre de Dios. It also occurs in Co, Br, and Bo.