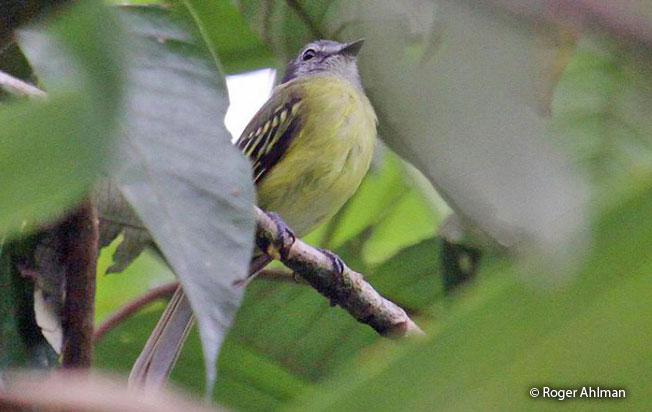 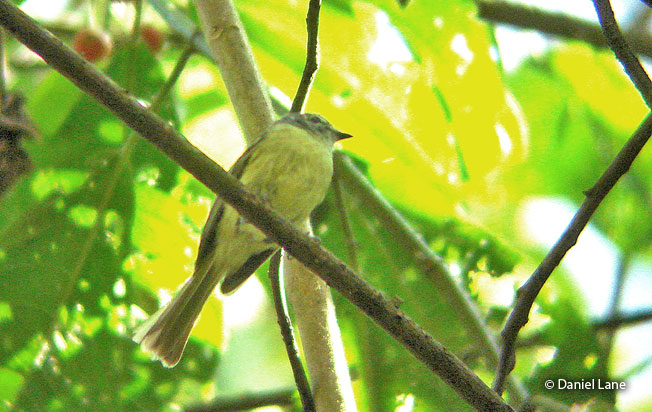 Identification & Behavior: ~11.5 cm (4.5 in). The Plumbeous-crowned Tyrannulet is mostly yellow olive above. The top of the head and nape are gray with a pale and thin superciliary from the base of the culmen over the eye. It has a pale eyering and black ear patch. The throat is grayish. The breast is olive and grades to yellow towards the rest of the underparts. The wings are black with the coverts edged with yellow. The bill is black. It forages in the canopy and sub-canopy of humid montane forests, often in the company of mixed species flocks. It is similar to the Ashy-headed Tyrannulet and Rough-legged Tyrannulet. It is safely identified by its distinctive voice.

Status: The Plumbeous-crowned Tyrannulet is uncommon to rare in montane forests of the east slope of the Andes at elevations ranging between 1200-1900 m. It also occurs in Co and Ec.